I-601 Application for Waiver of Grounds of Inadmissibility 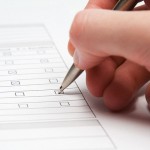 All non-immigrant visas have a specified validity period contingent to the purpose of the visit. The US tourists visa can be for a few months, while the student visa may be valid until the end of the course.

Before the allowable period of stay lapses, he or she must leave immediately to avoid deportation or removal. During the time he or she illegally remains in the United States, he or she is “overstaying”.

Application for Waiver of Grounds of Inadmissibility

The I-601 waives the “unlawful presence” and “misrepresentation” grounds of inadmissibility for foreign nationals if they can demonstrate that their U.S. citizen or lawful permanent resident spouse or parent would suffer “extreme hardship” if the foreign national is not allowed to remain in (or return to) the United States.

If you are inadmissible to the United States and are seeking an immigrant visa, adjustment of status, certain non-immigrant statuses or certain other immigration benefits, you must file this form to seek a waiver of the grounds of inadmissibility.

The applications for I-601 are received and processed by the designated USCIS Center. The application must be accompanied by the appropriate filing fee and the supporting documents. The fee to be mailed must be exact and in the form of money order or check payable in US currency. Decisions on every application are always be in writing.

Only the grounds and events disclosed in the application can be waived upon approval of the I-601. If not all the grounds were stated, the person may still apply for another waiver especially for the remaining grounds. He or has to pay the filing fee for the subsequent request.