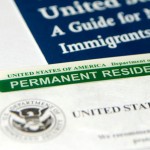 The CR1 visa is the type of US visa issued in favor of spouses of US citizens and lawful permanent residents who are living outside the United States if they have been married for less than two years.

How to get CR1 Visa in Thailand?

The application process for CR1 visa starts with the filing by the US citizen spouse of an I-130 Petition for Alien Relative in the United States Citizenship and Immigration Service (USCIS) with jurisdiction over the case. Once the I-130 is approved, the petition along with the supporting documents is forwarded to the National Visa Center (NVC).

The NVC serves as the collecting and processing agent of immigrant visa applications. The NVC will send the petitioner instructions on how to pay the processing fees. After payment has been made, the petitioner will receive a request for further documentation. After collecting all of the required documents, the documents will be forwarded to the US Embassy in Thailand.

The U.S. Embassy in Bangkok will schedule a date for the consular interview. Based on the submitted documents and interview, the consular officer will make a decision on the approval of the CR1. If approved, the passport containing the visa can be picked up in a couple of days.

Upon entry into the United States, the alien will receive a two year conditional permanent resident status. Within ninety (90) days from the second anniversary of the entry of the CR1 spouse in the United States, the spouses need to apply together “to remove the condition” to the USCIS in the locality. Failure to remove the condition before the expiration of the visa will subject the holder to removal or deportation.

To start your CR-1 visa application, please follow this link.